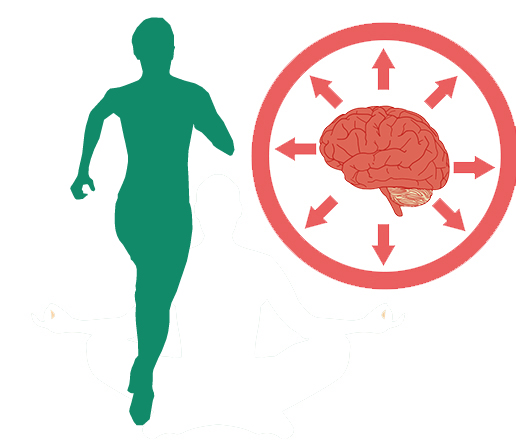 I hate exercise. It feels like such a waste of time. You have to go to the gym and people look at you. It just sucks. Unfortunately, I’ve found that I have to elevate my heart rate above 150 beats per minute several times a week to avoid being miserable. There are several reasons that exercise increases happiness.

Variation in the degree of cardiovascular activity can lower circulating epinephrine levels. Epinephrine is the chemical messenger responsible for the body’s “fight or flight” response to danger or stress. Lower levels mean less stress.

Physical activity also increases the expression of the brain-derived neurotrophic factor (BDNF). BDNF promotes the survival of serotonin receptors, the activation of which is is associated with a sense of well-being and pleasure.

Another factor is endorphins, the chemicals released in response to stress or pain. When endorphins lock into opioid receptors, they block the transmission of pain signals and also produce a euphoric feeling like opiates do.

This also feels like a huge waste of 219,000 hours of your life. However, it seems also to be a necessary evil. Sleep deprivation can increase levels of corticosterone (a stress hormone), resulting in fewer new brain cells being created in your hippocampus. The inhibition of this neurogenesis is linked to the development of depression.

Blue light can reduce your quality of sleep even when your eyes are shut. Blue light activates retinal ganglion cells containing melanopsin and reduces the production of melatonin, decreasing sleep efficiency. Computer programs like f.lux and wearing Blu-Blockers for a few hours before bed are helpful in preventing this. However, I personally prefer to put Blu-Blockers on as a shocker several hours before bedtime (primarily for the sake of vanity).

For me, this means complete avoidance of gluten. For those with this sensitivity, gluten causes the body’s immune system to produce an excess of a protein called zonulin in the small intestine. The wall of your gut has a bunch of, what you might call, “bouncer” cells that decide what enters your bloodstream and what remains waste. An excess of zonulin can force these cells open too wide and let things through that really shouldn’t be going through. (i.e. poop, but don’t tell anybody, because that’s just gross.)

Another unfortunate side effect of my immune system’s over-reaction to gluten is the destruction of the hair-like villi protruding from the wall of my intestine. The job of the villi is to increase the surface area and help you snag more of the nutrients from your food. When my immune system responds to gluten it makes the mistake of attacking the villi too. This shortens them, reducing the surface area of my gut and reducing my ability to extract nutrients. One of these nutrients is the amino acid tryptophan, the precursor to serotonin. Thus, gluten could cause a serotonin deficiency in this manner,

Overall, I found the result of gluten consumption is lethargy, low self-esteem, a negative outlook, difficulty getting out of bed, autistic-like symptoms, obsessive-compulsive disorder (It’s weird. Whenever I eat it, I find myself wasting a shameful amount of time doing stupid stuff like finding a new background image for my phone.), and what the French call “ennui”.

When all else fails…

Even after these basic preconditions for happiness were met, I was still miserable. So I started researching, self-quantification, and analysis. I went on to experiment with many different medications and supplements. I tried cognitive behavioral therapy and transcendental meditation. I even built my own cranial electrostimulation device that I used to pass 2 milliamperes of current through my brain. I tracked the effectiveness of my attempts. Through my research, I found a wide array of treatments were required to keep me from reverting to my extremely low natural hedonic set point. 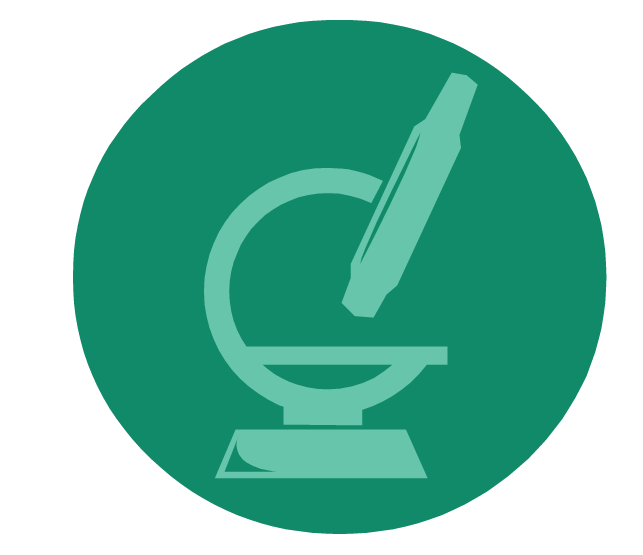 One discovery that I never would have made without self-tracking is the importance of probiotics. There is a Filipino gentleman that works at my lab. His wife works for an over-the-counter pharmaceutical company. As a result, they receive boxes of free random OTC products. Since he is an extremely generous fellow, he would give these to the employees at my lab. One item that I saw when perusing this box was called ProBiotics Plus. The claim on the packaging was that it “supported immune system and digestive health”. When originally looking at it, I thought to myself, “that’s some worthless new-age, hippie crap.” However, I do happen to kind of like immune system and digestive health, so I decided to take some, thinking that it at least wouldn’t hurt anything.

Around the same time, I started antagonizing my NMDA receptors to prevent the excitotoxicity effects of excessive glutamate activation. This turned out to be extremely helpful at reducing social anxiety. The shift in my worldview that came along with overcoming that illness, reminded me very much of the first time I put on glasses. It was rather shocking to realize how beautiful the world was to normal people. Life was suddenly so much easier. I had tons of spare brain capacity that I previously devoted to constantly hypothesizing about the infinite reasons that everyone hated me.

Unfortunately, after a few months, I was getting depressed again. I initially chalked this up to my brain’s desire to return to homeostasis producing a negative feedback mechanism resulting in tolerance. I was rather disappointed. However, a month or so later, my mood began to improve again. I didn’t really understand why that happened. Then, my friend Nyles mentioned something kind of gross regarding the effectiveness of fecal transplantation in those with Crohn’s disease. This reminded me of something that I hadn’t been tracking. It was the probiotics.

I had stopped taking them because I assumed they didn’t really do anything. Then, I happened to find another bottle of the probiotics in my desk drawer and randomly started taking them again. It turned out that my depressed mood occurred when I was not taking the probiotics. If MediModo had existed at the time, I would have noticed this much sooner.

Regardless, I started doing some research and found out that during your fetal development, you actually had two identical nervous systems. One of them turns into your central nervous system, which is composed of your brain and spinal cord. The other one develops into your enteric nervous system, which is the one attached to your gastrointestinal tract. These two systems are connected via the vagus nerve, that runs from your brain stem down to your abdomen. Your gut actually sends far more information to your brain than your brain sends to your gut via this nerve. This link manifests itself in the visceral sensation of butterflies in your stomach when you’re nervous or a churning sensation when stressed.

Another interesting discovery was that a biological drug, which was prescribed by my doctor for psoriasis, actually reduced my depression. In many cases, depression is related to inflammation in the brain. Depressed people have elevated levels of inflammatory proteins, or cytokines, such as IL-6 and TNF-alpha. The amino acid tryptophan is a precursor to the neurotransmitter serotonin. Tryptophan is also the precursor to another, far less popular neurotransmitter, kynurenic. When the inflammatory cascade is activated, more tryptophan is made into lame kynurenic, which leaves less tryptophan around to make into groovy serotonin. Humira, the biological psoriasis treatment that I received called blocked these inflammatory cytokines, allowing more tryptophan to be made into serotonin.

We're not around right now. But you can send us an email and we'll get back to you, asap.